Clearly I am a ridiculosuly slow when it comes to writing my blog. On the 8th of May I finally pulled myself together to write about my trip to Morocco, which was in January. To be honest I have been crazy busy with school and my final thesis and stressing out about it, so the time since January is like a big blur to me anyways. But finally spring is here, sun is out and time to remind the last time I was in a hot weather.
Trip to Morocco was very random, another country that has never been on my list of countries I definitely want to go, but somehow ended up there. Main reason I chose Morocco was the weather. Even in January it feels like a proper summer and since I wasn’t able to get more than a week off, then there was no point to fly somewhere very far. But sun was needed, Morocco is still relatively close and flights were quite cheap.
First I was in Rabat, which is the capital of Morocco, for few days and to be honest I did freaked out a little bit, because no one spoke english and it had hardly any other tourists there. Probably because it was the low season, but I still felt like I am the odd one out, while I was walking around. (Btw fun fact that I didn’t know before, then although the official language is arabic, then french is widely spoken out there)


Rabat has a lovely coastline and is a quite known destination amongst surfers, so it was lovely to walk down there, listen to locals play music, play football and just breath in the tropical air. All and all there is not much to do in Rabat, as I mentioned it is not very touristy, but that is actually why I am happy that I went there and would recommend it to others as well, because it is much better to see the true local life in such places, rather than in places that only focus on tourism. 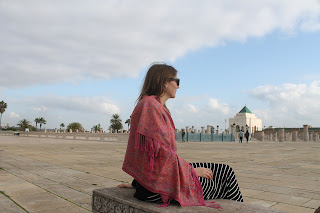 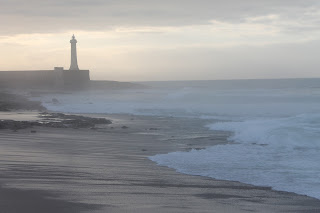 After two nights there it was time for a half a day train journey to Marrakech, which is one of the most known places in Morocco and the whole vibe was totally different. It felt like being back in a western country, where everyone speaks english, lots of international shops and food places around etc. Marrakech has many palaces, massive market, gardens and in general if I could choose I would definitely pick Marrakech to go to. 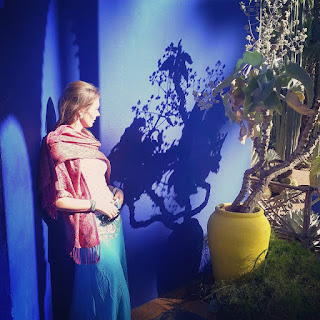 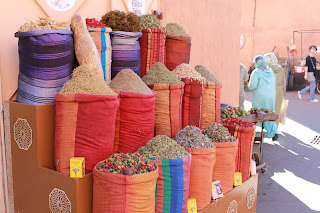 What I did like about Morocco is that as mentioned the weather was already amazing, like European summer, in January, but since the cultural differences, I wasn’t able to enjoy it, because it is polite to cover yourself in public and in 25 C heat I was wearing a long skirt and a scarf around my shoulders, when my normal me was crying inside, because I wanted to wear shorts and a tanktop. Although in Marrakech I did saw people with t-shirts and knee-lenght shorts, but I think it is important to respect the country and it’s culture when travelling around, so I chose sweating underneath my scarf instead.


Another thing I liked was the food- all those tagines and cous-cous, which were available everywhere. One of my favourite thing when travelling around is to try typical food in each country and I definitely approve Moroccoan food and sweets. What was a surprise then althought Marrakech is very touristy, then alcohol is not available almost anywhere. We spotted one restaurant that served it, but the price was ridiculous, way more expensive than in a bar in Estonia for example.

Thirdly I liked the culture. I could feel it straight away how much culture this country has and it was so different from places I have visited recently.
What I didn’t like about Morocco was that you always have to haggle about the price and I suck at this. Secondly felt very exhausting, we stayed in a riad (Moroccoan typical house, with an open courtyard) and it was in the middle of the markets, so to get to our riad, we always had to walk through the market and BOY it was massive and exhausting. For the locals we just looked like to walking dirham bills (currency there).
Thirdly we had few occasions when what we ordered was not what showed up. Firstly it happened in Rabat when I ordered vegetarian tagine, and infront of me was placed a minced meat tagine. And secondly in Marrakech market, there are pop up restaurants, which are numbered (avoid them!!) when we ordered one cous-cous and one tagine and the guy asked if we wanted fries or salad as well, although we said no, then all of this, including with untasty bread was placed infront of us and we were charged for it later. So in Morocco you can order whatever you want, but you get what they want you to eat :D
And finally, SNAKES!!!! In the markets there are several spots, where local guys play flute or smth and then there are bunch of cobras and other snakes chilling around them, FREELY, without a gate or anything. I still have nightmares about that creepy flute music, knowing there are snakes in the same area with me. One guy started to approach me with one, thinking I want to take a photo or smth. I didn’t see it myself, but one moment my friend was poking me and I almost had an heart attack. Fastest I have ran in years. 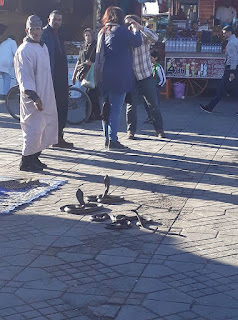 All and all I do recommend Morocco and although I didn’t had enough time to explore the country not even near as much as it should be explored, then I think I did get a quite good idea what it is all about and although I am not going to rush back any time in a near future, because my logic is that the world is wide and I want to see everything, then this is definitely a good spot to experience something new and enjoy the sunshine. 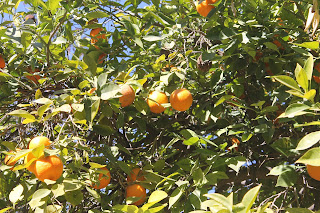